by Liz Encinia, Missional Lifestyle Strategist on March 20, 2017 in Blog 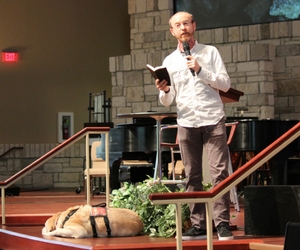 WMU’s 2016 Annual Meeting provided a wonderful time of worship, learning, and encouragement.  For grown up GA, JoAnn Lira, it was life changing- and she wasn’t even there! While we gathered to hear from NAMB missionary Andrew Mann and his missionary dog Proof, JoAnn was in her 5th grade dual language classroom praying.  JoAnn knew the Lord called her to children’s ministry at a young age.  He prepared her by placing mentors in her life who would instill in her a love for the Lord that would overflow to the children she was ministering to and eventually teaching. Unsure of what the next step was, JoAnn knew that God was letting her know her time in the public school setting was coming to an end and she eagerly awaited His lead.

Two weeks after speaking at our Annual Meeting, Andrew emailed WMU of Texas letting us know that Graffiti 2 Community Ministries’ would soon be in need of a children’s director.  Unaware of JoAnn’s prayer, but very aware of the call on her life to serve in children’s ministry and missions, Liz Encinia, Missional Lifestyle Strategist, forwarded the email to her. Before finishing the e-mail, JoAnn knew this was the door the Lord was opening.  She immediately replied with her resume and began praying.  A phone call was scheduled for the following week, but God provided an opportunity for her to travel to the Bronx and meet with Andrew and the Graffiti 2 staff in person!

God has provided from day one.  After finding out the position was self-funded, JoAnn was concerned about insurance.  JoAnn is a breast cancer survivor and knew insurance would be a major 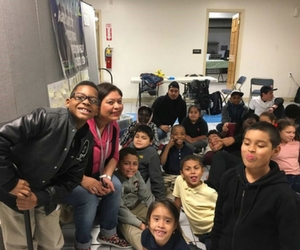 factor in being able to accept the position. Even in the details, God was present.  When meeting with Graffiti 2 staff, JoAnn learned that while she would be responsible for raising the funds for her position, insurance would not be a hindrance.  After two weeks of diligent prayer on both sides, JoAnn was offered the position and eagerly accepted! This grown-up GA, small town, Cleburne girl was on her way to the Bronx!

Waves of Faith (JoAnn’s home church) and Primera Iglesia Bautista Emanuel (JoAnn’s childhood church) have been major supporters of her fund raising.  She is grateful for those that have sacrificed to support the ministry she is able to do daily.  As director of the children’s program, JoAnn is responsible for leading Graffiti 2’s after school program. 23 children attend the program daily to receive homework help, targeted tutoring, and bible study.  JoAnn seeks to provide a safe, consistent, loving environment for her 1st-5th graders.  The program instills values such as Respecting God, Respecting Authority, Respecting Each Other, and Respecting themselves. 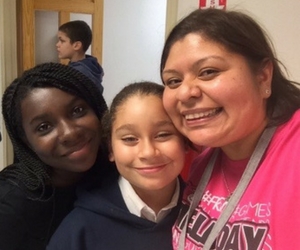 JoAnn has the honor of working with smart, kind, and creative girls such as LaNasha and Destany every day! Growing up as a GA, JoAnn learned about Jesus’s love and the joy and responsibility Christians have to share that love.  She is thrilled to walk alongside these girls as they develop their personal relationship with Christ and discover his love!

JoAnn’s current goal is to raise funds to support the ministry the Lord has called her to by moving into the neighborhood and ministering to families and college students as well as the children in Graffiti 2’s after school program. Would you like to join in investing in the Mott Haven neighborhood? It is as easy as clicking on the link below.  JoAnn is seeking 175 partners to commit to giving $20 a month.  We challenge you to be creative! Individuals, Sunday School classes, WMU groups, GA groups, churches, and business are welcomed to join the mission!